Jewelry Advisors Group – About Us

Founded in 1945, Jewelry Advisors Group began when Manny, Lou, and Jack Silverman conducted their first jewelry sales promotion for a small store in New York City. The event was a marked success and gave new direction to the way in which jewelers began promoting their stores, building their customer bases, and approaching jewelry business liquidations. 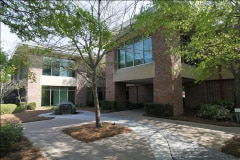 Today, Jewelry Advisors Group continues to operate in New York City as well as Charleston, SC (corporate headquarters shown at left) where they remain consistent with the firm’s origins of running successful jewelry sales events and going out of business sales. Having specialized in the jewelry sales and asset liquidation business for over 65 years, the company is able to offer a high level of expertise in both jewelry promotions and jewelry appraisals.

Silverman recognizes that each jewelry store has its own identity and market conditions. The team at Silverman uses a personalized approach to help store owners and chains formulate strategies designed to maximize revenue in times of transition, creating effective plans for jewelry promotions and clearance sales, store closings, going out of business events, jeweler retirement sales, and relocation sales events.

When the goal is to improve jewelry sales to avoid a store closing, Silverman draws on a breadth of experience in a wide range of jewelry operations and works alongside the owners to revitalize the business. As long-time, successful jewelry consultants with strong relationships in the industry, Silverman possesses significant jewelry inventory and has a network of suppliers offering an impressive list of designers to ensure that the right inventory is available for any type of store.

Silverman Consultants is led by a strong team of senior managers who possess extensive experience working with jewelry inventory, sales, financial and business management. The senior management team is supported by a seasoned team of jewelry store owners and operators who carry their expertise and business savvy into the field, working hard on behalf of our clients every day.

Bob Epstein, chief executive officer, joined Jewelry Advisors Group in 1988 as executive vice president of the retail division. Epstein has a 20 year background in finance, operations, strategic planning and corporate accounting. He also has extensive experience in the areas of inventory evaluation, restructuring, bankruptcy, crisis management, budgeting and financial planning. Over the years, Epstein has led projects for numerous major jewelry liquidations, including Whitehall Jewelers, Friedman’s Jewelers, Ross Simons, and Samuel’s Fine Jewelers. Additionally, he has led projects for over 1,000 independent jewelers, including promotional events, downsizings and liquidations. He also has led many non-jewelry liquidations, such as K-Mart, TandyCrafts, Herman’s Sporting Goods, and Hart, Schaffner and Marx Men’s Clothiers.

John M. Jones, chief operating officer, joined Jewelry Advisors Group in 1991 as director of merchandising. In this role, he has been responsible for purchasing and selling over 100 million dollars in jewelry assets. An expert in evaluating and appraising inventory, he has been hired by numerous financial institutions to assess the value of client jewelry inventories. He has extensive experience in both the retail and wholesale jewelry businesses, where he has formed relationships that have lead to numerous opportunities to acquire inventory at exceptional values. Prior to joining Silverman, Jones worked in the jewelry industry as a buyer for one of the largest jewelry organizations in the industry.

Darren Fries, vice president of sales, joined the company in 1992 as sales controller for the accounting division. Fries, who started his career as a credit analyst for the Bank of New York, has a strong analytical background and oversees the ongoing operations for Silverman’s sales events. Fries also has performed numerous bank evaluations for many leading financial institutions, such as GE Capital, SunTrust, Wachovia, and Bank of America, among many others, and he has led many projects to assist, turnaround or liquidate hundreds of independent jewelers.

Lawrence Skoworodko, president of Silverman Chapman & Reese Consulting in Canada, has a long history in the jewelry business. He is owner of two retail stores, a certified watchmaker, and holder of a G.I.A. Diamond Grading Certificate. He has also achieved the designation of Certified Management Consultant (CMC). Skoworodko joined Jewelry Advisors Group in 1991 as a site supervisor at its Canadian office, where he worked extensively with store closing sales for a number of years before being named the top supervisor in Canada. At that time, his responsibilities grew to encompass many multi-store sales during the recession years of the early nineties. He was later named managing partner of Summit Retail Services, and in 2000 formed his own company in Canada, Chapman Reese Consulting, which quickly became Canada’s leading jewelry consultants. In 2008, Chapman Reese and Jewelry Advisors Group joined forces to create Silverman Chapman & Reese Consulting.

Vernon Massey and his wife Connie operate out of Silverman’s New York City office, located in Rockefeller Center. They have been in the jewelry industry for over 40 years, and Massey is one of the largest buyers and sellers of wholesale jewelry inventories in the industry, having bought and sold over two billion dollars worth throughout his career. As the key liaison between vendors and Silverman, he ensures that Silverman has access to promotional goods, designer brands and certified diamond products of various sizes and qualities, all representing the best value.

“I highly recommend Jewelry Advisors Group. Their performance as consultants for the Whitehall Jewelers liquidation deal proved that they are a valuable addition to jewelry asset recovery projects.”

Madison Jewelers of Fairfield, CT had been in business for 71 years. Now it faced the prospect of going out of business due to the jewelry store owner’s health. [ Read more … ]

Behind the Jewelry Advisors Group
logo

Did you know the graphical portion of the Jewelry Advisors Group logo depicts a unity knot? The unity knot in Silverman’s logo, which has no beginning or end, represents the seamless partnership between the Silverman team and the jewelers who are their clients. The knot’s two intertwined diamonds represent Jewelry Advisors Group’ longtime expertise in the jewelry industry.